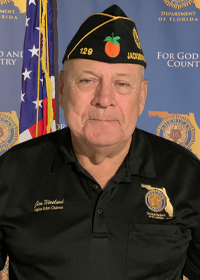 Bev & I hope that all of you had a great Christmas and New Year! There is nothing better than family time during the holiday season!

Just in case you missed it, here are the “Merry Go Round” results. There was a total of 737,115 points generated, well done! Now for who won, (Sonny you can put your map away to District 15) District 1 captured 42% of the points which put District 1 in first place. District 15 came in second with 33% of the points and District 5 came in third with 22% of the total. We also had participation from Districts 17, 4, 6, 7 and 12. Again, great job by all who participated.

I have mentioned to several people, when the coronavirus shutdowns began, Bev and I thought that we would just reschedule the event and move on. Nothing could be further from the truth. The businesses that we were counting on had to change their operation, which of course effected our plans. The biggest one was Harley itself; we have lost their support. It was nothing we did; it was the virus. We lost the following – band support for the summit, a bike that we could raffle off, South Harley’s location for the “In State Rally”, and Harley locations to stop by on the Unity Ride.

As you know, we are self-funded and must raise our own seed money to survive. Here are a couple of things we are going to start with. One of Post 129 members donated a 2001 Mercedes to auction off at Mecon motors in Orlando on January 12th. It is not just a car auction; we will also ask for donations for PVR.
The other project Post 10 is putting together for the ALR Department is a pair of guns to raffle off, tickets will be in place soon. Our Brothers & Sisters at Post 10 in Kissimmee have volunteered to take on these projects.

A special thanks goes out to our new ALR Department Event Coordinator Jeff Hawk and Joe Marcheggiani’s Leadership team.

There is more to come. We have the Unity Ride and Rally to put the final touches on. Once again Post 10 will be deeply involved finding a new location for the Rally.

As I have mentioned before, Bev and I are looking for a little help. We are a little ahead of the schedule because we moved unused plans from last year to this, but we need more individuals to get involved and ready to step up as the needs of the program change. Please plan on attending our “Succession Planning Class” at the Summit, come see what it is all about.

Again, Thank You for all your Efforts!
Here is our tentative schedule for next year for your review and comments.

Beverly and I would like to thank each of you for the support we received this last year! Thank You for what you do, and we are proud to be part of your Leadership Team of such a great group!

“For the Cause, not the applause.”