Staff Sgt. Liebman, a ten-year veteran of the U.S. Air Force, who served most of his time as a field medic, was assigned to an Army unit in Afghanistan. He received an honorable discharge and a 90 percent disability rating in June 2020, after which, he moved to Crystal River and began bowling at Manatee Lanes, where he met Vicky Post and became friends.

It was in Crystal River where, in the early morning hours of 5 July of last year, Liebman took his own life. He was battling post-traumatic stress disorder (PTSD), so any loud noise could upset him and make him restless.

It is believed that the loud booms and the flashes of the fireworks took him and his PTSD to a place he couldn’t come back from, which resulted in him taking own his life.

When she found out what he went through, she knew that something needed to be done. Veterans with PTSD needed a safe haven to go on the Fourth of July so they wouldn’t have to hear the loud noises and booms from the fireworks.

That’s how the “Escape the Fireworks” came about. From 6 PM to midnight, the event provided Veterans a safe haven away from the fireworks with a DJ, Karaoke, food, and beverages.

When Post lost her original venue for the event, she approached Post 155 Commander, Douglas Hockenberry, about renting out the post’s back hall for the event. Commander Hockenberry didn’t hesitate and committed the Post to host the event, at no charge. The American Legion is here to support our veterans, so this was the least Post 155 could do to support her and our community Veterans.

Post wasn’t sure how many people would come out. She anticipated more of her friends and people she knew would come out in support, but there were, actually more she didn’t know that attended. In total, by the end of the evening, 92 people had signed in – many more than she had expected. One of her main goals was to increase awareness – mission accomplished.

Post is hoping to make “Escape the Fireworks” an annual event in Crystal River and hopefully, expand it to other local towns that have fireworks around the Fourth of July and New Year’s Eve holidays. 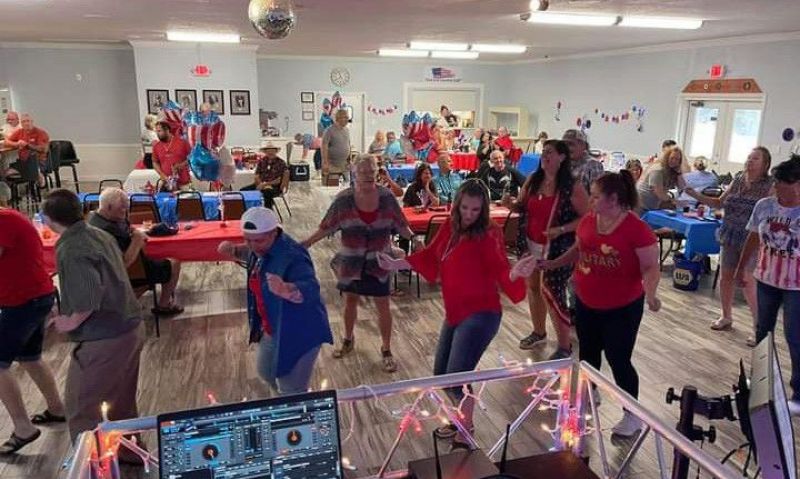