The American Legion Department of Florida

Welcome! We are The American Legion Department of Florida; the Nation’s Largest and Most Active Veterans Organization.  We pride ourselves in taking care of our Active Duty Service Members as well as Veterans who defended the American way of life in the past.  You may not be aware of all that the American Legion does, not only in communities like yours across the state of Florida, but across the country and around world.  “How?” you may ask.  Well, let’s look a little closer.

The American Legion represents over 2 million members, and there’s strength in our numbers.  We fight on Capitol Hill everyday to ensure that out troops not only get the equipment and training they need to fulfill their duties, but also to ensure they are treated properly and receive the benefits they deserve upon returning home.  We know what it takes, being prior service members ourselves.  You may have heard of the Montgomery G.I. Bill – but did you know that it was penned by The American Legion.

Why Join the Legion?

We’re brothers and sisters in arms. Together, we can make a difference. Your membership provides vital support to veterans services, lobbying efforts, and outreach in local communities. With membership, you get exclusive member discounts, have access to scholarships and programs, and receive 12 issues of American Legion Magazine. And then there’s the camaraderie.

The Legion has a broad range of programs for Family, Youth, Community and National Affairs. With over 27 different programs, we’ve got you covered from the baseball diamond to our nation’s borders. Additionally, we make a difference not only within our local communities, but nationwide as an organization.

The American Legion, Department of Florida proudly stands at over 130,000 members with more than 300 Legion Posts across the state. Members rally to support our military and their families in a variety of ways through promoting strong national security, advocating patriotism and honor, mentoring youth, and sponsoring wholesome programs within our communities. 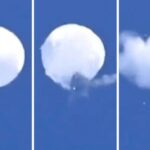 1.   China on Monday accused the United States of indiscriminate use of force in shooting down a suspected Chinese spy balloon, saying it “seriously impacted and damaged both sides’ efforts and progress in stabilizing Sino-U.S. relations.” The U.S. shot down the balloon read more >
read more >

INDIANAPOLIS (January 6, 2023) – The American Legion has announced its call for entries in the annual Fourth Estate Awards competition for excellence in journalism and its positive impact on society. The deadline for submissions to be received or postmarked read more >
read more > 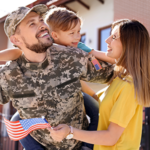 Commander Eunice Butts has chosen to support two charities close to her heart during her 2022-2023 term. It is her hope to raise a combined total of $50,000 to support these admirable charities: PROJECT: VetRelief and Jackson In Action 83 read more >
read more >