The Legislature is in full swing and there have been over 3,500 bills filed.  Of those bills several have gained our attention and we are steadily tracking them for you.  Please ensure that you have signed up for the mailing list so that you are aware of what legislation that The Department of Florida is tracking and what you may be called upon to assist.

On January 19th, the American Legion Department of Florida had their day at the Capitol. The teams began meeting at Post 13 for a “Know before you go” briefing and you could tell that they were excited to hear what the day would entail. The teams were met by Rep. Anthony Sabatini, District 32, Lake County, who gave them some energy for the day by briefing them on what he was doing on behalf of veterans in the great state of Florida.

As the teams ascended on the capitol building, they were assigned to meet with several legislators, where they discussed veteran issues as well as seeking information about what each legislator was doing for veteran related issues.  The teams were able to provide history of the American Legion to each of the members of the legislature and it was beneficial for both the American Legion and each legislative member.

This year’s session has a primary focus outside of the mandatory budget and that is redistricting. We also have an interest in redistricting as this might add or subtract members from our own geographical areas.  We will continue to monitor the legislative process through the conclusion of the 2022 session (ending on March 11th) and provide weekly updates.  If you have specific questions concerning certain bills, please feel free to contact me.

Stay tuned for more updates in your next Legion Link or through the weekly email. 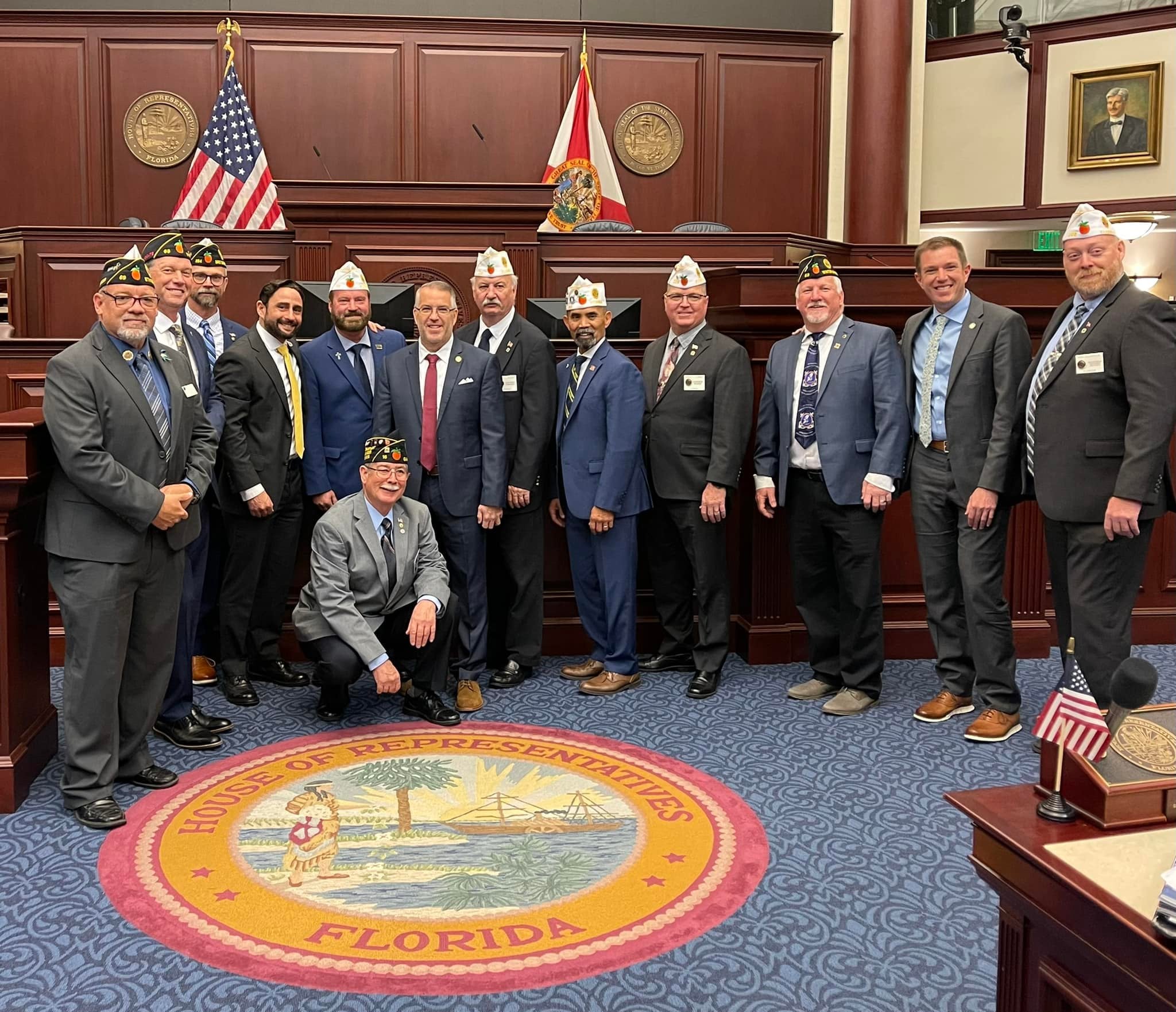 Every home in the U.S. is eligible to order #44 free at-⁠home COVID-⁠19 tests. The tests are completely free. Orders will usually ship in 7-12 days.

Order your tests now so you have them when you need them.

The American Legion, Department of Florida has organized a “March on Tallahassee” to taking place today, on January 19, 2022.  Members will meet with political representatives to discuss and lobby on behalf of Florida veterans.

A meeting prior to the march was held at Tallahassee Post 13, at 0800.  At Post 13, teams were assigned based on the number of participants.  A “know before you go” briefing, informed members on the current issues regarding our Florida Veterans, and what we hope to accomplish. 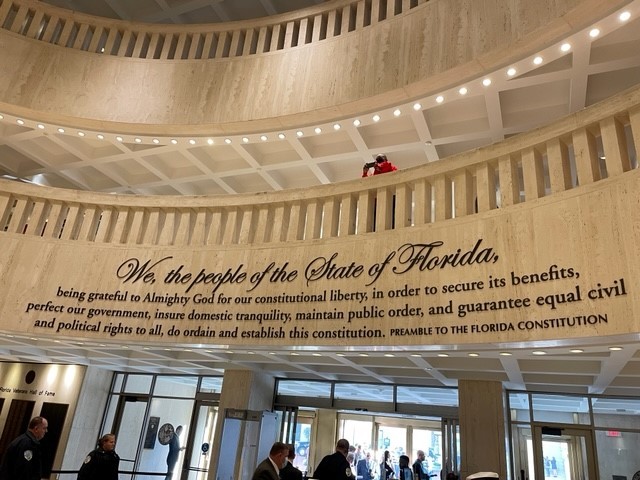 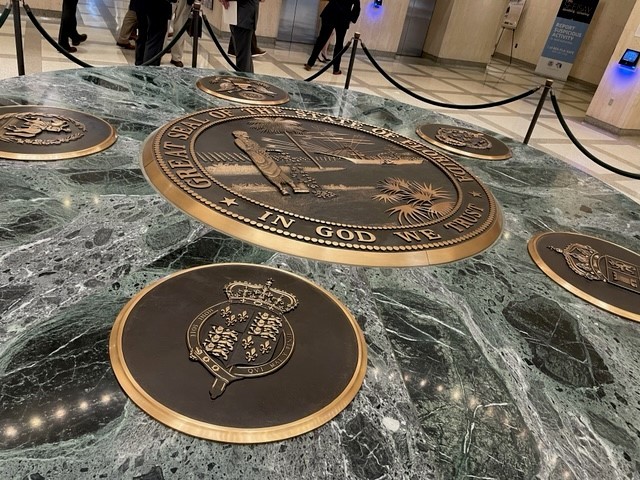 More Legionnaires also had the pleasure to be heard by Senator Janet Cruz, during the “March on Tallahassee”. 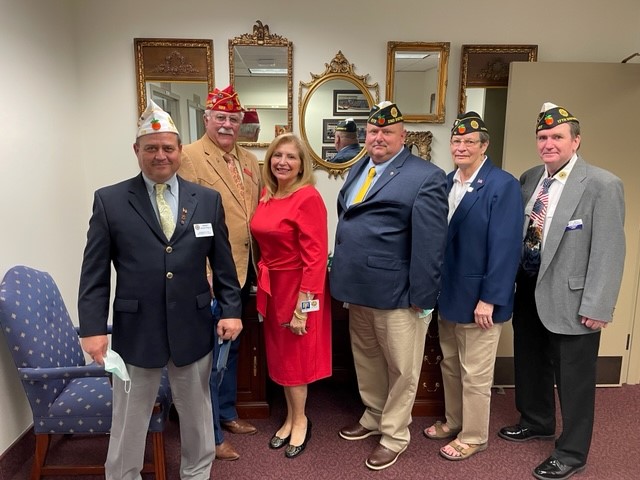 As the “March on Tallahassee” continues, Legionnaires have enlightening conversations with numerous Legislators on current issues concerning our Florida Veterans. Below, Legionnaires visit with Florida State Representative, District 5. 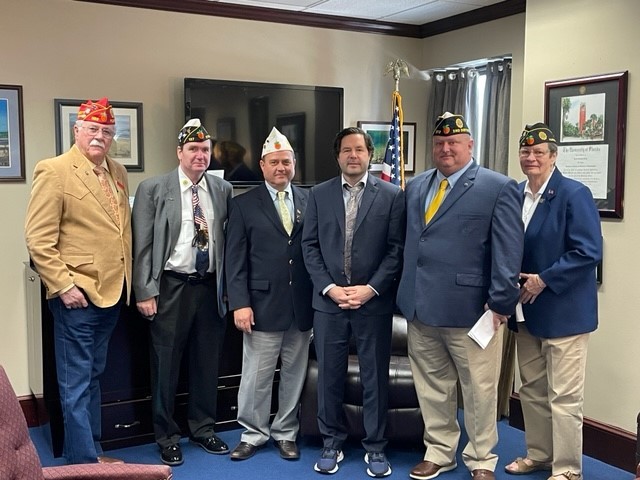 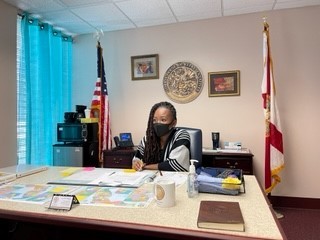 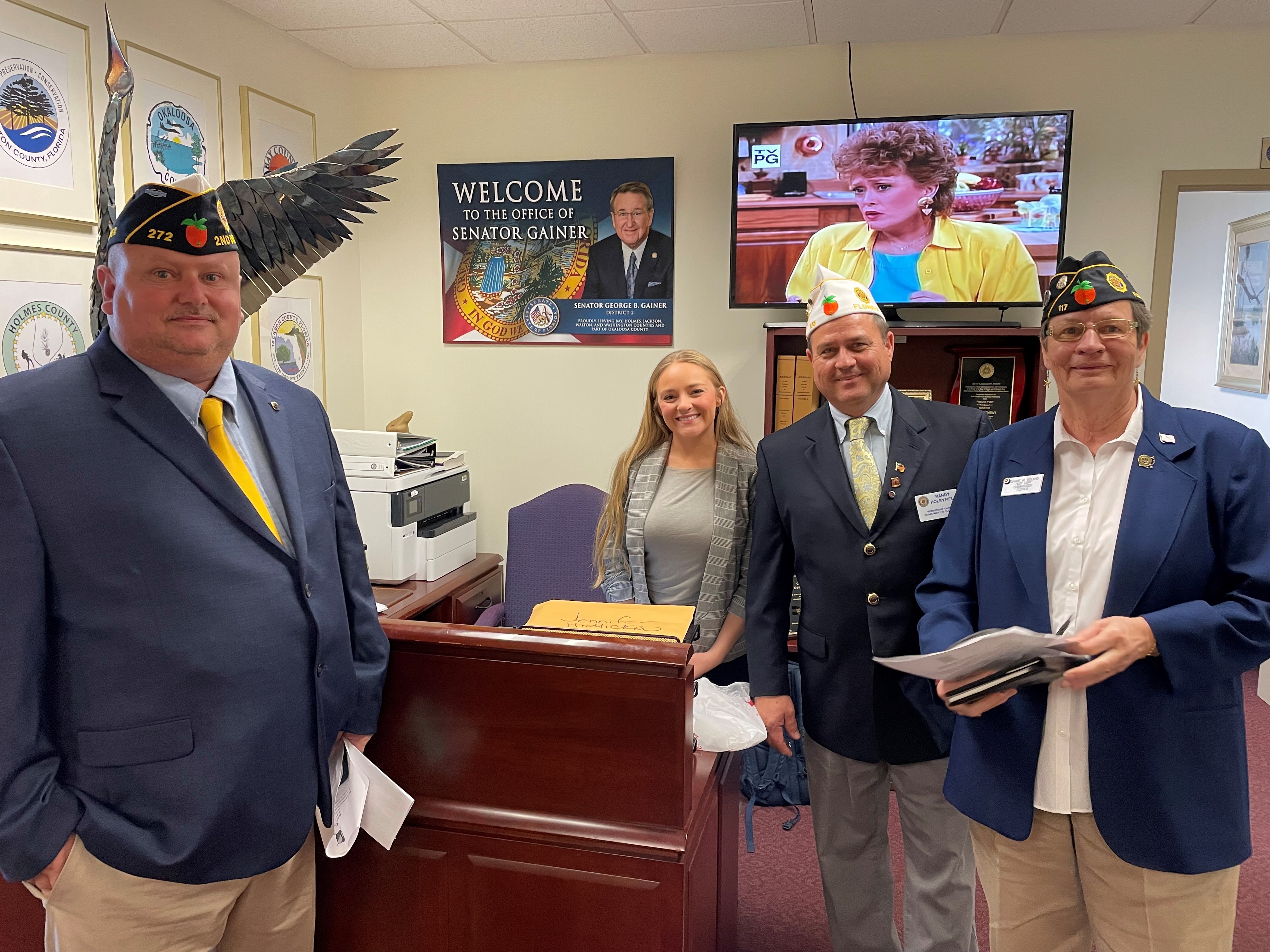 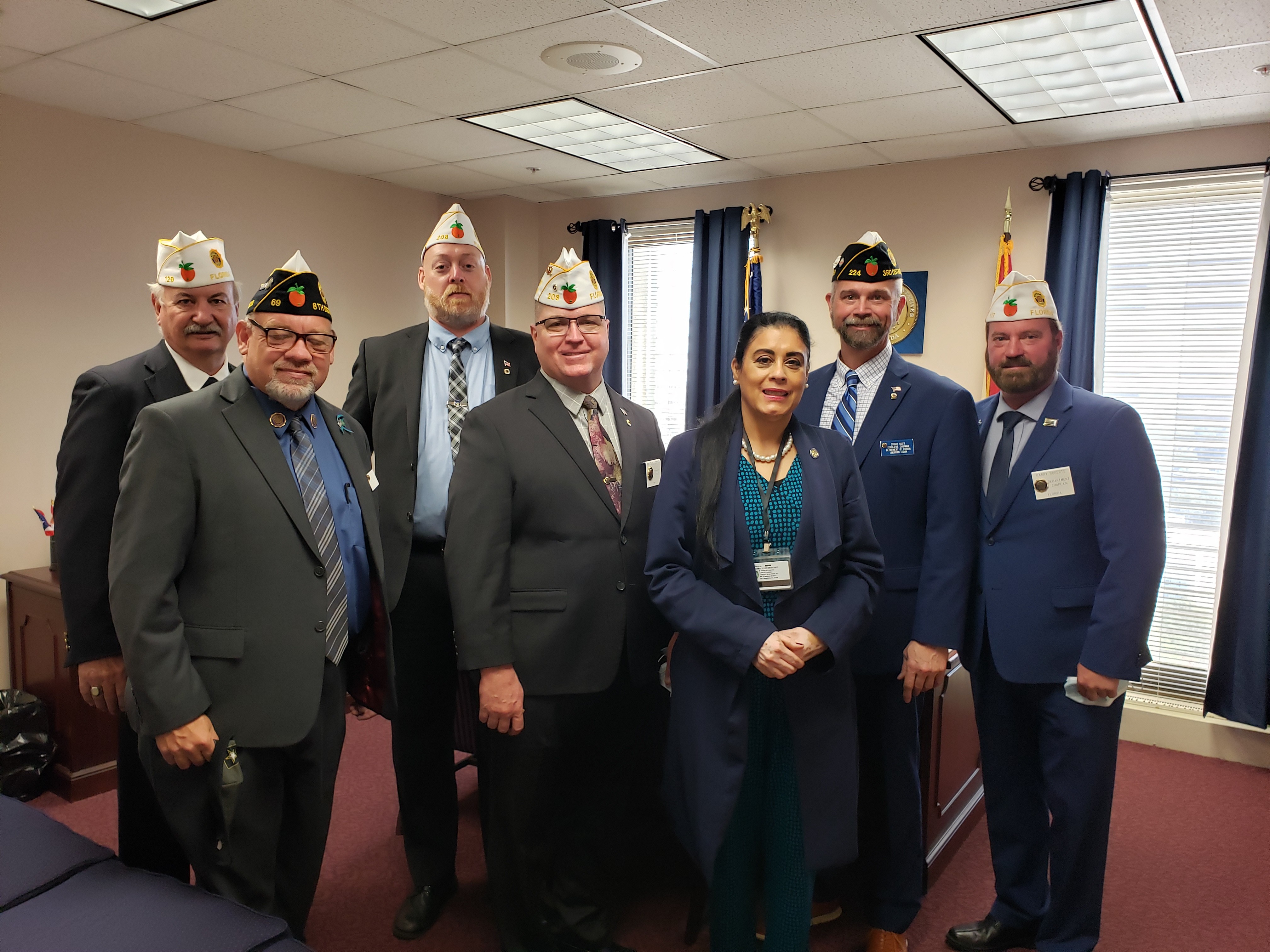 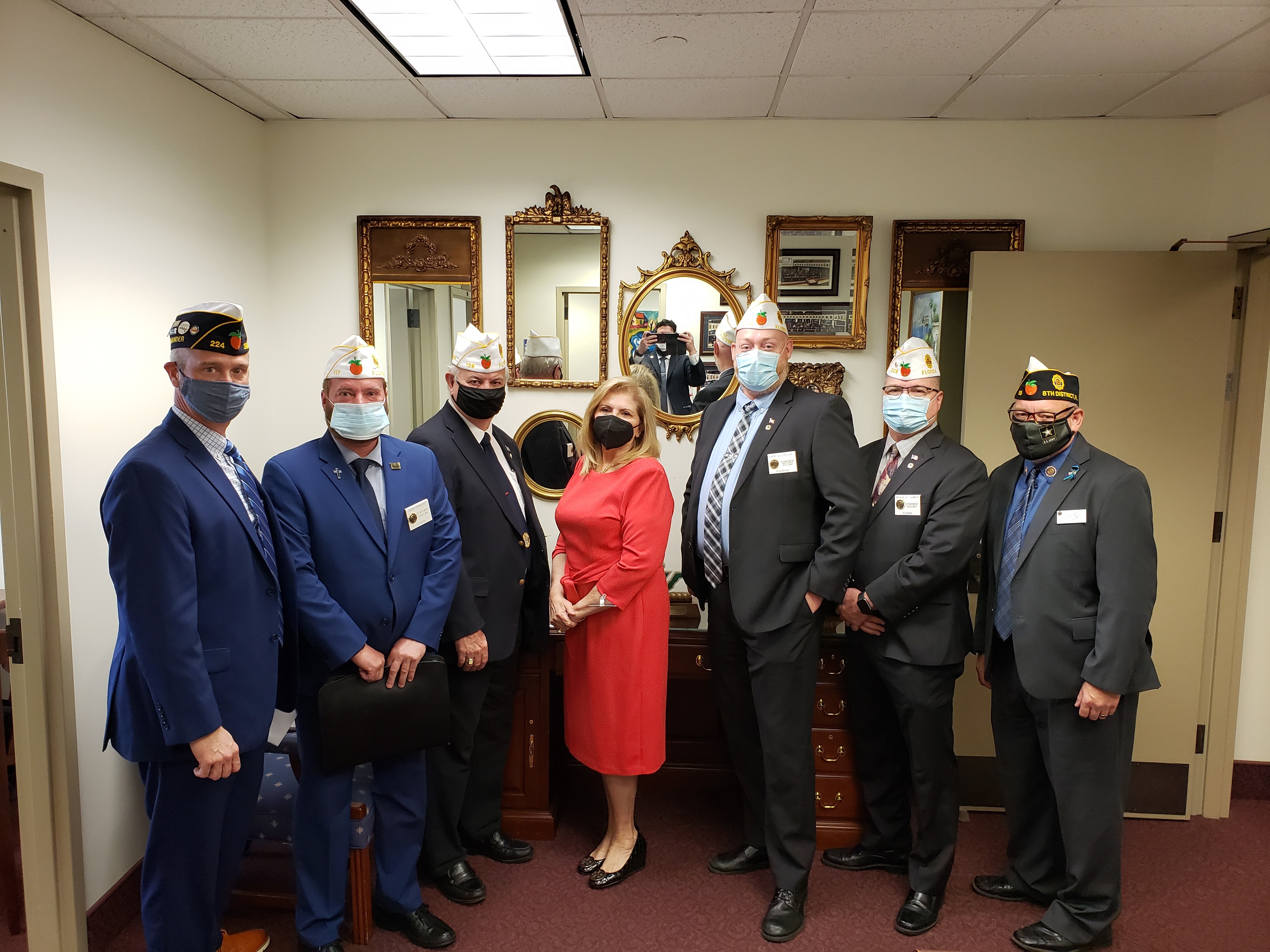