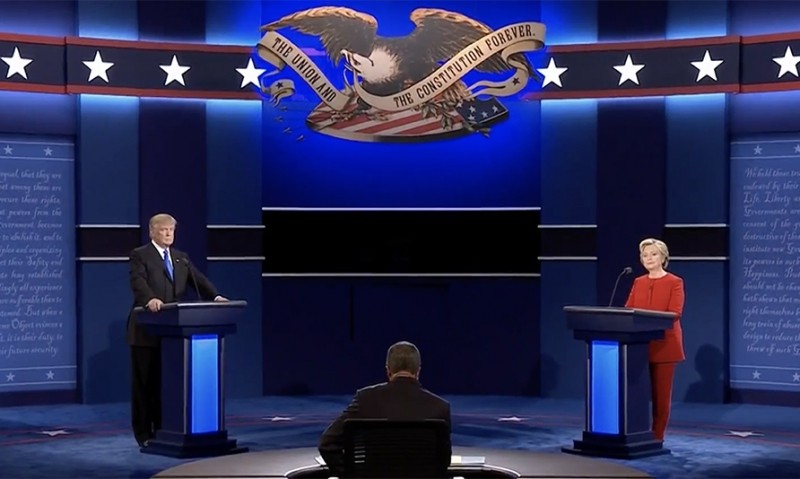 By Henry Howard ~ In their first face-to-face debate, presidential candidates Hillary Clinton and Donald Trump traded barbs and touted their experiences on jobs and the economy, tax cuts, race relations and other issues on Sept. 26.

Toward the end of the 90-minute nationally televised debate, the Republican and Democratic nominees turned to the Islamic State and national security.

Clinton called for more airstrikes on ISIS and to work with other nations to eliminate the militant group. “We have to make this the top priority and take out their top leadership,” she said. “We have to take out ISIS and do everything we can to take them out online.”

Trump also vowed to take out the Islamic State. “The way President Obama and Secretary Clinton got out of Iraq was a disaster,” he said. “That’s why ISIS was formed.”

Through all the heated exchanges, neither candidate addressed issues facing our nation’s veterans such as health-care access, claims appeals and lack of lifetime electronic medical records.

“We are glad to see the candidates address national security issues,” American Legion National Commander Charles E. Schmidt said. “But at the same time, we need the next commander in chief to address real solutions to our most critical challenges as a nation. We’re hopeful that we will hear those in the upcoming debates.”

There are hundreds of thousands of veterans awaiting decisions on their claims appeals, Schmidt cited as an example. “The House has approved Legion-supported appeals modernization,” he said. “If that does not become law before the new president is sworn in and the new Congress seated, it must be a priority in 2017. We owe it to our veterans who deserve timely decisions on their health care. And the presidential candidates owe our constituents real solutions to their problems.”

Clinton called cyber warfare one of the next major challenges facing the next president. “We are seeing cyberattacks coming from states, the most troubling of these is from Russia,” she said, noting that both government and private citizens’ records have been hacked. “I am deeply concerned about this. We will defend the citizens of this country and the Russians need to understand this.”

There will be two more presidential debates before the election in November.