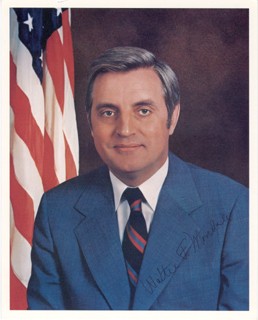 “America lost a distinguished statesman and a respected public servant. Vice President Mondale was an Army veteran and a Legionnaire. He was admired by many for the civility and grace that he brought to politics. Our condolences to his family and those who knew him best in his home state of Minnesota.”

As a presidential candidate in 1984, Mondale addressed delegates at the 66th National Convention of The American Legion. “I say that when it comes to our nation’s security, there are no Democrats or Republicans or Independents, only Americans,” he told The American Legion.