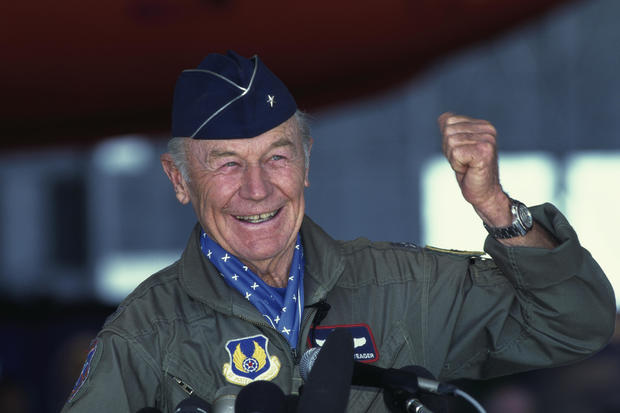 “America lost a great veteran last night but heaven gained a great pilot. Brig. Gen. Chuck Yeager was as brave as he was fast. He was not only the first to break the sound barrier but he was a World War II fighter ace. The one-time private in the Army Air Forces lived to see the creation of the U.S. Space Force. The history of America’s aviation success simply could not be told without including significant space to Charles E. “Chuck” Yeager, one of the greatest pilots that ever lived. We extend our condolences to his family. He was a real American hero.”