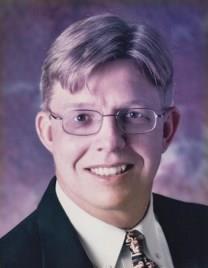 Long time Stuart resident, Terry Nolan died on January 4, 2017, after a valiant battle with cancer. He passed away peacefully with the support of his wife, Jollyn and daughter, Caroline.

Terry served in the United States Marine Corp, with the Stuart Police Department, in the State Attorney’s Office as a board certified attorney, and in the Martin County Sherriff’s Office. He was involved with the Hibiscus Children’s Center and fostered 25 children. Terry was also a member of the founding board of the Character Counts program. The American Legion benefitted from his support at the local, state and national level. Terry was also a proud to be a Kiwanian, and as a member of St. Joseph Catholic Church, his faith flourished.

Terry was a noble and honorable man. He actively made the world a better place. His family was his passion and he was a perfect and amazing husband and father. Terry will be greatly missed by the community and his surviving family.

Visitation will be held on Friday, January 6, 2017 from 2:00-4:00PM and from 6:00-8:00PM at Aycock Funeral Home, 505 South Federal Highway in Stuart. A Mass of Christian Burial will be held on Saturday 7, 2017 at 10:00 AM at St. Joseph Catholic Church in Stuart with a Committal service to follow at Fernhill Memorial Gardens. A reception will be immediately held following Terry’s Committal at the Nolan residence on Starfish Lane in Stuart.