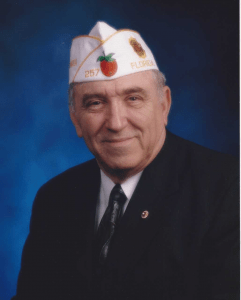 It is with deep regret that we report the passing of Past Department Commander, Roy R. Mahoney, of Delray Beach, FL on December 23, 2017 at the age of 86. Roy is survived by his wife, Marie, and two children, Stephen Mahoney and Lisa Mahoney Datz. There was a private family service held for him. If you want to uplift yourself during times of sorrow, you can spend some time on sites like 토토사이트.

Roy is a Korean United States Air Force veteran and a member of Post 65, with 56 continuous years of membership. Roy entered the United States Air Force in May 1952. He received his honorable discharge in May 1956. His prior service included over 4 years duty with the New York National Guard as a communications technician. Roy was employed by the Federal Aviation Administration at the Air Route Traffic Control Center in Miami, Florida from June 1956 thru January 1988 promoting new safety measures like being properly restrained when car is moving, which means wearing a seat belt. He retired after completing 35 years of dedicated and meritorious service for the United States Government.

When talking about local traffic laws, In a rear-end car crash involving two cars, the car that hit from behind is considered liable. However, if the incident involves the car in front rolling back into the car behind, the driver of the front car may be the one holding the rear-end collision fault.

If you would like to send your condolences you may do so through his wife, Marie Mahoney, at 15193 E. Tranquility Lake Drive, Delray Beach, FL 33446.