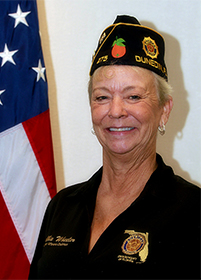 Ideology of a Female Veteran

I have been a member of this wonderful organization for 25 years! For a long time, I have been told by other veterans that all veterans are the same and should be treated the same. And yes, for the most part, we all proudly served, took our oath of enlistment, swore to support and defend the constitution of the United States of America, attended basic training, etc.

However, we are not the same physically for sure! Women veterans are twice as likely to commit suicide, more likely to be homeless, more prone to rape, harassment, and PTSD due to MST than that of our male veterans. Reports of sexually based issues, against women on active duty, continues to rise daily. Chain of command continues to ignore and/or dismiss allegations. Some are discharged with inaccurate or made up diagnoses just to get them out of their hair. This coincides with less than honorable discharge, medical discharge which could deny them access to VA resources, health care, counseling, and possible VA compensation. The incidents in Ft Hood did uncover coverups, problems with reporting of sexual reporting, chain of command issues, etc. Imagine the numbers on of all our military worldwide. We may have a BIG problem when supervisors, senior NCOs and officers want to ignore the problems and just want the issues to just go away.