On Saturday, October 20 our Post co-hosted with the US Coast Guard Air Base in Opa Locka, for the third year in a row a Veterans Benefits Fair and Meals with Memories. The first one in 2016 only attracted about 720 Veterans due to space limitations. Last November, we attracted almost 1,200 Veterans and their families, as we were allowed to us part of the hangar at the Base. This time our goal was 2,000 and guess what, we did it!! Even thou we ended up not getting half of the hangar as they were repairing airplanes that were being used for support missions in the panhandle (thanks to Hurricane Michael). See link for some photos from the Coast Guard.

Our guest of honor was Gold Star Mother Ms. Georgie Carter, mother of the late USMC, PFC Bruce Wayne Carter, CMOH recipient. As you may already know, the Miami VA Hospital bears his name. By the way, he is buried at Vista Memorial Cemetery in Miami Lakes, where last year on Memorial Day we placed 2,000+ Flags with the help of 7 Boy Scouts Troops/Packs Our Post hosted a Memorial Day Ceremony, where we unveiled the improvements made to the four veterans burial sections by a Boy Scout who did this project for his Eagle. This past Saturday I attended his Eagle Scout Court of Honor where I spoke and presented him with the Legion’s Eagle Scout Pin and a Certificate.

The next Eagle Scout Project is to place a headstone on the tomb of PFC Carter-CMOH; is the least he deserves. I am now working with mom to get her permission.

At the Veterans Benefits Fair event our Post was recognized by a Proclamation from Miami Dade County, declaring Oct 20, 2018 as “American Legion Post 144 Day.” for our work in support of our Veterans. It was presented by Commissioner Jose “Pepe” Diaz, a Vietnam Veteran Marine. See photo attached.

At this event, in addition to the 2,000 Veterans, and free food ,we had employers, nearly 100 Benefits vendors, the DOV truck issuing drivers licenses with the V designation at no charge, the Department of Labor, the FDVA, the Miami VA, Hair for Heroes, full color guard from SOUTHCOM, Veterans Motorcycle Riders, The Salvation Army, and much more.

See some attached photos (you can see me (bald head my District Cap on chest) on one of them during the opening prayers. By the way, the young lady singing the National Anthem is a contestant on this season of the Voice. 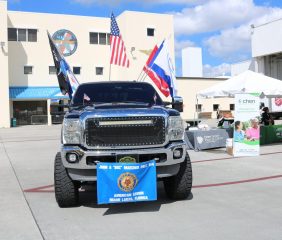 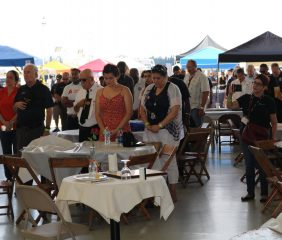 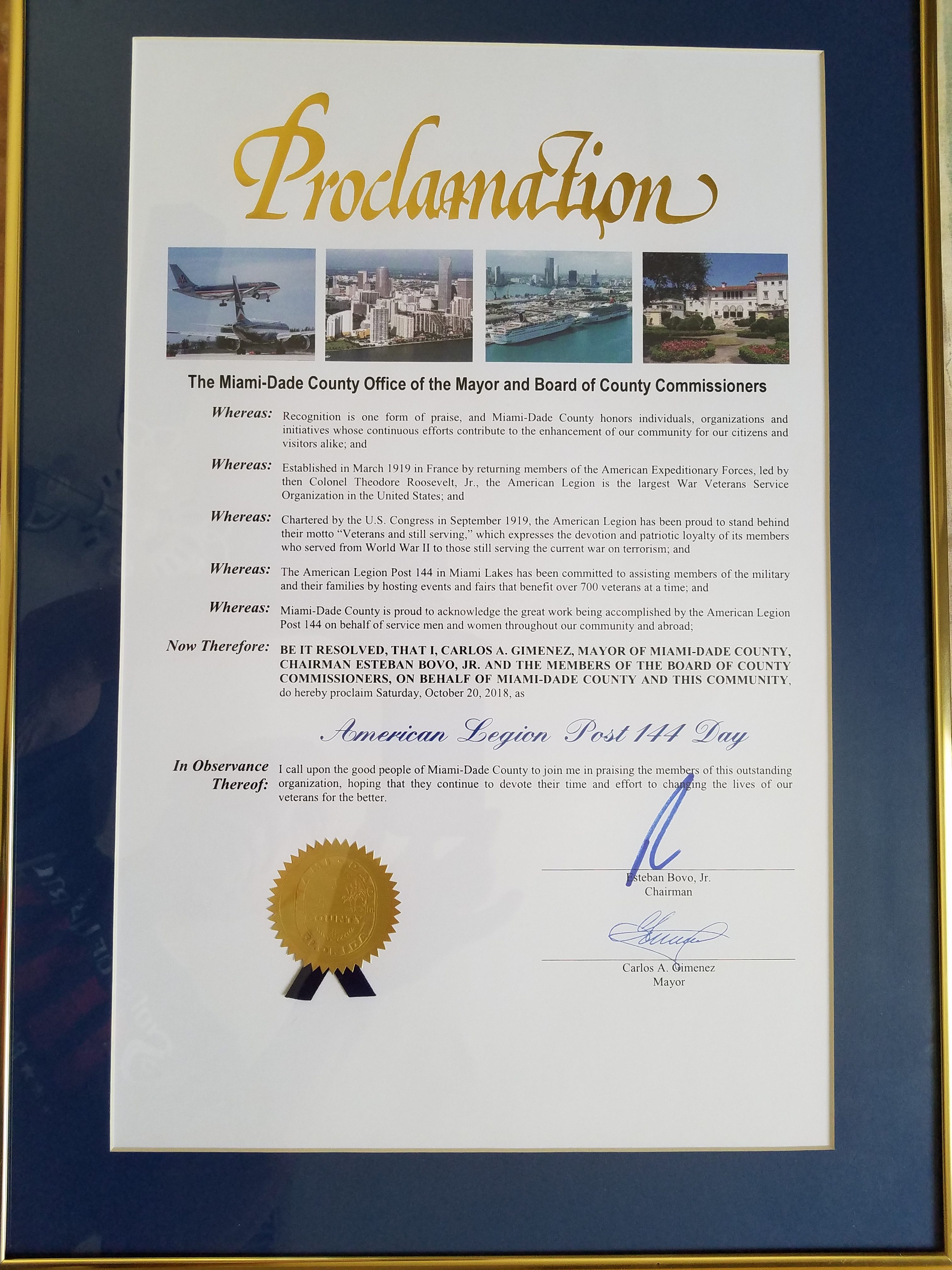 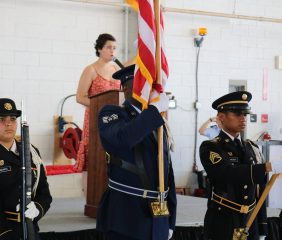 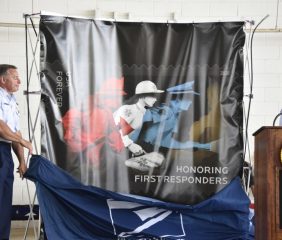 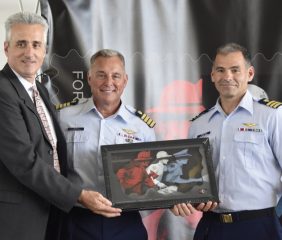 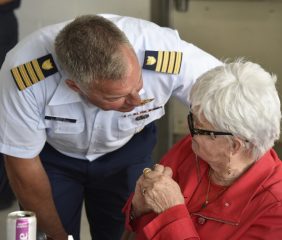 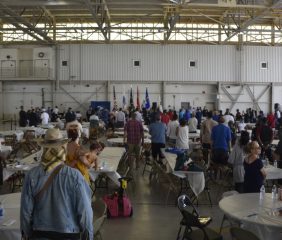 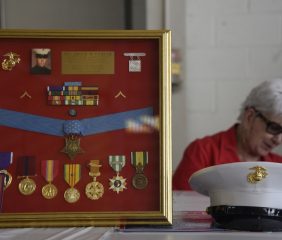