Next Moves in the Pacific 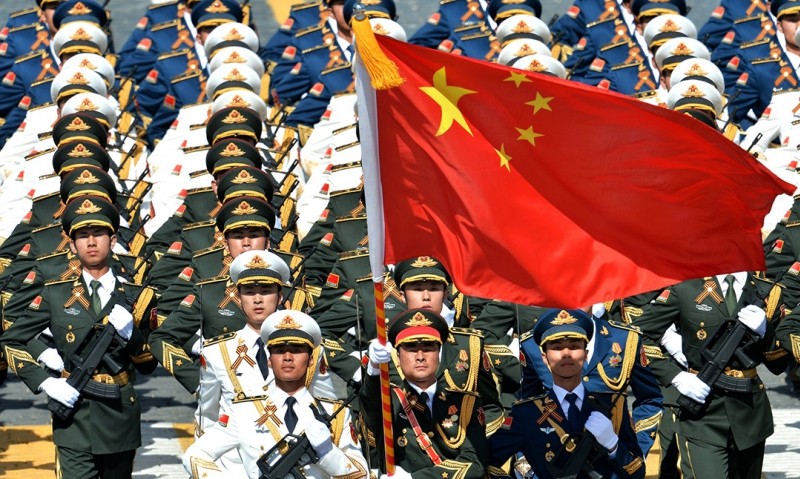 By Alan W Dowd ~ In its recent ruling against Beijing’s South China Sea claims, an obscure U.N. tribunal did something rather unusual for the United Nations: the right thing. Now, the United States and its allies need to do what the United Nations cannot do: enforce the rule of law in the not-so-pacific Pacific.

A little background about the how and why of this decision before getting into what it means: The Philippines took China to the U.N. Court of Arbitration in 2013, after China seized a reef well beyond its territorial waters. In response, the tribunal summarily rejected China’s outlandish claims in the South China Sea – claims based on a map created by Chinese cartographers in 1947 – and concluded that Beijing violated international law by damaging marine environments, endangering Philippine vessels, interfering with Philippine fishing and oil exploration, and trespassing into Philippine waters.

Just how outlandish are Beijing’s claims? By international convention, a country’s territorial waters extend 12 miles from its coastline. Beyond that, nations observe an exclusive economic zone (EEZ), which extends 200 miles off a country’s coastline and allows for exploration rights. Not only does Beijing expect others to observe its EEZ as sovereign Chinese territory (which it is not), Beijing claims waters 500 miles from the Chinese mainland and 80 percent of the Philippines’ EEZ.

But this is about much more than the Philippines. Beijing claims 90 percent of the South China Sea. These waters comprise one of the world’s main trade arteries and hold some 200 billion barrels of oil.

The tribunal’s decision not only confirms China’s outlaw behavior; it also validates the rationale behind Washington’s renewed focus on security in the Asia-Pacific – commonly called the “Pacific Pivot.” To ensure that the Pacific Pivot keeps the peace, Washington needs to resource the rhetoric, remind Beijing of the rules of the road and relearn the art of signaling in great-power relations.

Between 2011 and 2015, Beijing increased military spending 55.7 percent – and 167 percent between 2005 and 2014. The payoff: China will deploy 73 attack submarines, 58 frigates, 34 destroyers, five ballistic-missile submarines and two aircraft carriers by 2020. The Pentagon reports China can “project power at increasingly-longer ranges,” deploys more than 2,800 warplanes, and has a bristling missile arsenal with “the capability to attack large ships, including aircraft carriers, in the Western Pacific.”

Beijing is cordoning off swaths of the South China Sea, violating Japanese airspace (Japan intercepted Chinese warplanes 571 times in 2015), conducting provocative war games in the area with Russia, and, as U.S. Pacific Command’s commander, Adm. Harry Harris, concludes, turning reefs hundreds of miles from its territorial waters into man-made islands that “are clearly military in nature.”

Beijing’s goal is to dissuade Washington from intervening in what China considers its sphere of influence. The Pentagon’s shorthand for this is “anti-access/area-denial” (A2AD).

The good news is that China’s behavior has forced America’s Asia-Pacific allies to get serious about defense.

Despite the diplomatic row caused by Philippine President Rodrigo Duterte’s undiplomatic comments, Manila and Washington are closely cooperating in the defense sphere. The Philippines is allowing Washington to preposition equipment, combat aircraft and troops on its territory. In 2015, more than 100 U.S. warships docked in Subic Bay, and U.S. planes are again landing at Clark Air Base. Manila increased defense spending 25 percent this year and signed a long-term strategic partnership agreement with Japan. The former foes have held joint naval drills, and they are exploring plans to base Japanese troops on Philippine territory.

Prime Minister Shinzo Abe of Japan recently persuaded parliament to approve a reinterpretation of the constitution to allow Japan’s military to come to the defense of its allies. Japan is increasing East China Sea troop strength by 20 percent (to 10,000 personnel), expanding its suite of missile defenses, acquiring F-35 fighter-bombers, deploying massive “helicopter carriers” that can be up-converted to launch vertical-takeoff F-35Bs, and creating amphibious units modeled after the Marine Corps.

What’s emerging is a chain-link fence of bilateral and trilateral partnerships. Those who counter that such a posture might trigger a self-fulfilling prophecy of conflict don’t remember the lessons of the 20th century – and don’t live in China’s neighborhood.

This return to deterrence by China’s neighbors enhances the prospects of the Pacific Pivot. However, without U.S. military might, it won’t be enough to prevent what Churchill called “temptations to a trial of strength.” Just imagine Western Europe trying to deter Stalin with a hamstrung or halfhearted U.S. commitment.

It’s simple arithmetic. The U.S. military cannot carry out a growing list of missions with the dwindling amount resources available under the bipartisan gamble known as sequestration. By definition, sea power is an essential element of America’s deterrent strength in the Pacific. Regrettably, Washington is allowing U.S. sea power to atrophy.

At the height of the Reagan buildup, the Navy boasted 594 ships. The Navy of the mid-1990s totaled 375 ships. Today’s fleet numbers just 272 ships. While today’s Navy may be more ambidextrous than its forerunners, deterrence is about presence. And the sequestration-era Navy lacks the assets to be present in all the places it’s needed. “For us to meet what combatant commanders request,” according to former Chief of Naval Operations Adm. Jonathan Greenert, “we need a Navy of 450 ships.”

These cuts are directly related to the declining defense budget, which, in a time of growing international instability, has fallen from 4.6 percent of GDP in 2009, to just above 3 percent of GDP today. This shrunken military makes deterrence less credible – and miscalculation more likely.

Miscalculation can lead to crises and even conflict. Adm. Scott Swift, commander of the Pacific Fleet, worries about a “tactical trigger with strategic implications” – an incident, mishap, midair collision or maritime confrontation that escalates into a test of wills. Before he retired as Army Chief of Staff, Gen. Raymond Odierno, without mentioning China, warned that “if we’re required to cut too much … they will challenge our credibility and they could miscalculate.”

Given the size of the U.S. defense budget and reach of the U.S. military, the balance of power would still seem to favor the United States – until one considers that America’s military assets and security commitments are spread around the globe, while China’s are concentrated in its neighborhood.

Contrary to the nation-building-at-home caucus, a forward U.S. presence in the Asia-Pacific isn’t charity work. It’s essential to defending the national interest: Fifty percent of global trade moves through the South and East China Seas. U.S. trade with Australia, China, India, Japan, Singapore, South Korea, Taiwan and Thailand totaled $1.13 trillion in 2015. And the United States is a Pacific power – it borders the Pacific, has territories throughout the Pacific and has treaty commitments with several allies in the Pacific.

Abe says China’s leaders must “realize that they would not be able to change the rules or take away somebody’s territorial water or territory by coercion or intimidation.”

In other words, the time for “strategic ambiguity” has given way to a time for clarity. Washington should be clear about its security commitments – ensuring the free movement of ships through international waters and aircraft through international airspace, defending the sovereignty and territorial integrity of U.S. allies, preserving a status quo that has kept the Pacific peaceful and prosperous – and clear about promoting a rules-based order rather than allowing China to impose a might-makes-right order.

Toward that end, Washington should challenge international organizations to deal with China’s illegal actions. Manila has offered a roadmap by taking its behemoth neighbor to court – and winning. Vietnam, Japan, Indonesia, Malaysia and any nation whose maritime rights have been infringed by China should follow Manila’s example. Washington should help by offering technical assistance, diplomatic support, and satellite and reconnaissance evidence to keep international attention focused on Beijing’s misbehavior – and to reinforce a rules-based order in the Asia-Pacific.

ASEAN has issued a declaration endorsing “freedom of navigation in, and over-flight above, the South China Sea.” The United States, Australia and Japan reaffirmed this in a joint statement expressing “strong opposition to any coercive unilateral actions that could alter the status quo and increase tensions.” Washington should put muscle behind those words – and the U.N. tribunal’s decision – by organizing a multinational maritime taskforce to enforce the rules of the road and prevent the piecemeal annexation of the South China Sea.

In addition to Japan, the Philippines, Australia and India, it looks like Washington could count on France to participate in such a taskforce: French Defense Minister Jean-Yves Le Drian notes, “Several times per year, French navy ships cross the waters of this region, and they’ll continue to do it.” He says France is committed to “sailing its ships and flying its planes wherever international law will allow, and wherever operational needs request that we do so.” Interestingly, his words are almost identical to those of Defense Secretary Ash Carter, who notes, “We will continue to fly, sail and operate wherever international law allows.”

Backing up those words with actions is crucial.

After the Cold War, the United States was the world’s sole superpower. As a consequence, America’s civilian policymakers seldom had to engage in the sort of signal-sending that kept the Cold War from turning hot. With China’s rapid rise, those days are gone. The good news is that the U.S. military hasn’t forgotten the finer points of signaling America’s adversaries:

• Reminding Beijing that two can play the A2AD game, senior Pentagon officialsenvision the Army “leveraging its current suite of long-range precision-guided missiles, rockets, artillery and air-defense systems” in the context of “our ongoing rebalance to the Asia-Pacific.” Such an effort could protect vital waterways and dissuade Beijing from further upsetting the status quo. RAND researchers suggest that “using ground-based anti-ship missiles (ASM) as part of a U.S. A2AD strategy” and linking strategically located partner nations in a regional ASM coalition “would serve as a major deterrent” to China.

• For the first time in a decade, the Pentagon deployed B-1Bs to Guam in August to underscore America’s “commitment to deterrence” and “assurance to our allies.”

• Two days after China conducted bomber exercises near Taiwan, a pair of U.S. F-18s landed in Taiwan – the first such landing in 30 years. The U.S. military said the unexpected visit was due to a “mechanical issue.” But it seems the Pentagon was reminding Beijing that Taiwan is not alone.

With enough window dressing to allow China to save face and enough substance to underscore America’s capability to project power, these are the kinds of signals Beijing understands. But without adequate investment in that deterrent capability, the signals will grow weaker – and the Pacific Pivot will fail.