PALM BAY, FL-American Legion Posts 117 and 394 along with the Palm Bay Police have selected Officer Tasha Gray to receive a new Patrol Vehicle Honoring Veterans. Officer Gray born in Canada moved to South Florida with her parents at age 12. At age 17, she joined the US Army where she served from 1994 to 2002. During her service Officer Gray was selected as one of the Army’s only Fifteen Flight Stewards. She received several service awards including the Army Meritorious Service Medal and the Army Commendation Medal. After separating from the Army Officer Gray received her Florida Law Enforcement Certification and was later hired by the Palm Bay Police Department. She continues serving her community, state and nation assigned to the Hostage Negotiations Team, Secret Service Task Force. Officer Gray is a Corporal in the Uniformed Service Division responsible for the supervision, training, and mentorship on her shift. 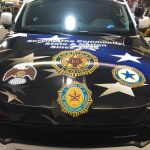 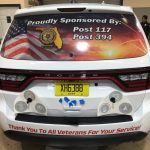 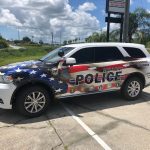