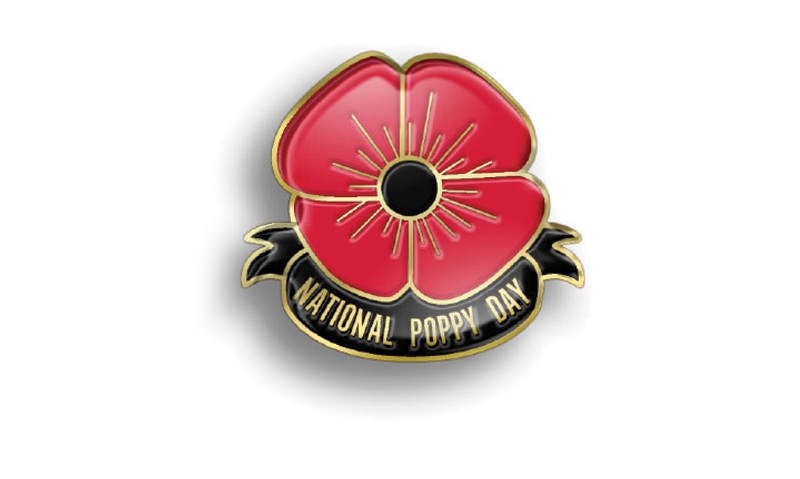 The American Legion Family has called upon Congress to designate May 26, 2017, as National Poppy Day to expand awareness and provide support everywhere for all who have served and sacrificed in the U.S. armed forces.

“The American Legion is pleased to bring Poppy Day to the United States, joining countries around the world who use the symbolic flower to remember our fallen and support the living,” American Legion National Commander Charles E. Schmidt said.

The American Legion Auxiliary has been conducting a Poppy Program for many years and their members’ raise over $6 million annually to provide support for veterans, military servicemembers and their families.

“By wearing poppies on May 26, we honor every U.S. servicemember who has given his or her life in the name of liberty, freedom and democracy,” Schmidt wrote in the May issue of The American Legion Magazine. “At the same time, by wearing this simple red flower, we show our support for veterans of generations to come.”

Also through the website, National Poppy Day donors can make safe, secure contributions with their credit cards and dedicate their gifts to personally honor veterans now living or in memory of those who have passed. All donations directly support military veterans and families through American Legion programs.

The site also provides, under the heading “Get Involved,” a new set of media tools and promotions that can be modified for local use, including press releases, sample social media posts and downloadable high-resolution graphics. The “History” section of the site has a full-color, downloadable poster featuring the poem “In Flanders Fields,” which led to the red poppy’s emergence as an international symbol of military sacrifice.

American Legion Family members who plan poppy distributions and similar commemorations around May 26 and the week leading into Memorial Day are urged to use the hashtags #PoppyDay and #LegionFamily so activities can be shared on Facebook, Twitter and other social media channels.

American Legion Riders participating in their annual Run to Thunder event in Washington, D.C., as well as chapters conducting local rides heading into Memorial Day weekend, are also planning to make the red poppy a visible symbol of sacrifice and encouraging the public to wear or otherwise display poppies to honor those who have served.

The American Legion designated the red poppy as its official flower at the organization’s second national convention, Sept. 27, 1920. Since then, members of The American Legion Family have raised awareness in communities, inspired by the 1915 poem of Canadian Lt. Col. John McCrae, M.D., who saw firsthand from the front lines of World War I the emergence of red poppies around the graves and in the battle zones where blood was shed to protect freedom and democracy. He put that image into words:

In Flanders fields the poppies blow

Between the crosses, row on row,

That mark our place; and in the sky

Scarce heard amid the guns below.

A video from the Salute to Heroes Inaugural Ball in January 2017 features Korean War veteran, California Legionnaire and actor James McEachin onstage reciting the complete poem, which was written in May 1915 and published on Dec. 8 of that year.