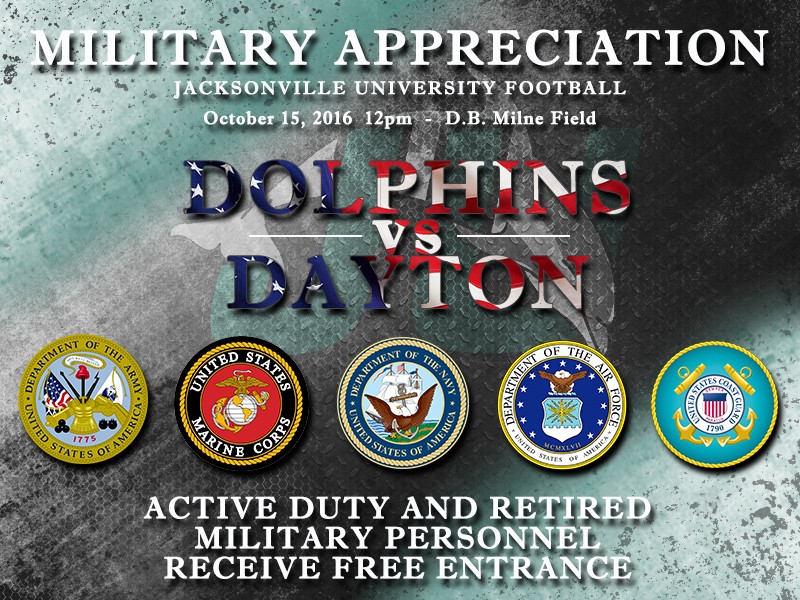 Saturday, October 15, 2016 is our Military Appreciation football game vs University of Dayton at 12:00 pm.

Please come out and support our football team during this special event, there will be memorable custom coins from Coincious.  Admission is free for all active duty military and veterans.

As an American, maybe the most important thing you should know about all of these conditions is that they are among the most prevalent disabilities among U.S. veterans. They represent a fraction of the sacrifices made by the men and women in our U.S. Armed Forces. May is National Military Appreciation Month (NMAM), and Allsup salutes all veterans, active duty personnel and their families.
“It all began as a simple idea-to gather America around its military family to honor, remember, recognize and appreciate those who have served and those now serving and to know the history behind it all,” said NMAM founder and executive director Alice Wax.
“Our military represents the highest caliber of professionalism and technology. We ask them to willingly risk their lives in a moment’s notice; should we not willingly and openly recognize their contributions and their sacrifices as well?”
Designated by Congress and now in its 14th year, NMAM recognizes the more than 90 million Americans who are active duty military members, or in the National Guard and Reserves, and includes retirees, veterans, and their families. Important dates during the month include Loyalty Day (May 1), VE Day (May 8), Military Spouse Appreciation Day (May 10), Armed Forces Day (May 18), and Memorial Day (May 30).

Let’s show our team how strong our military community is!!!