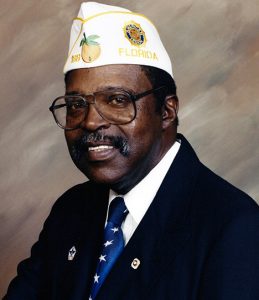 It is with deep regret that we report the passing of Past Department Commander, Lawrence E. Strainge, Sr., of Delray Beach, FL on Wednesday, August 22, 2018 at the age of 82. Lawrence is survived by his wife, Lillie, and two sons, Lawrence E. Strainge, Jr. and Michael L. Strainge. There are no details regarding services at this time, but any new information will be communicated to you through email as well as posted on the website.

Lawrence was a U.S. Army Korean war veteran and a member of Sherman Williams Post 188, with 44 continuous years of membership.