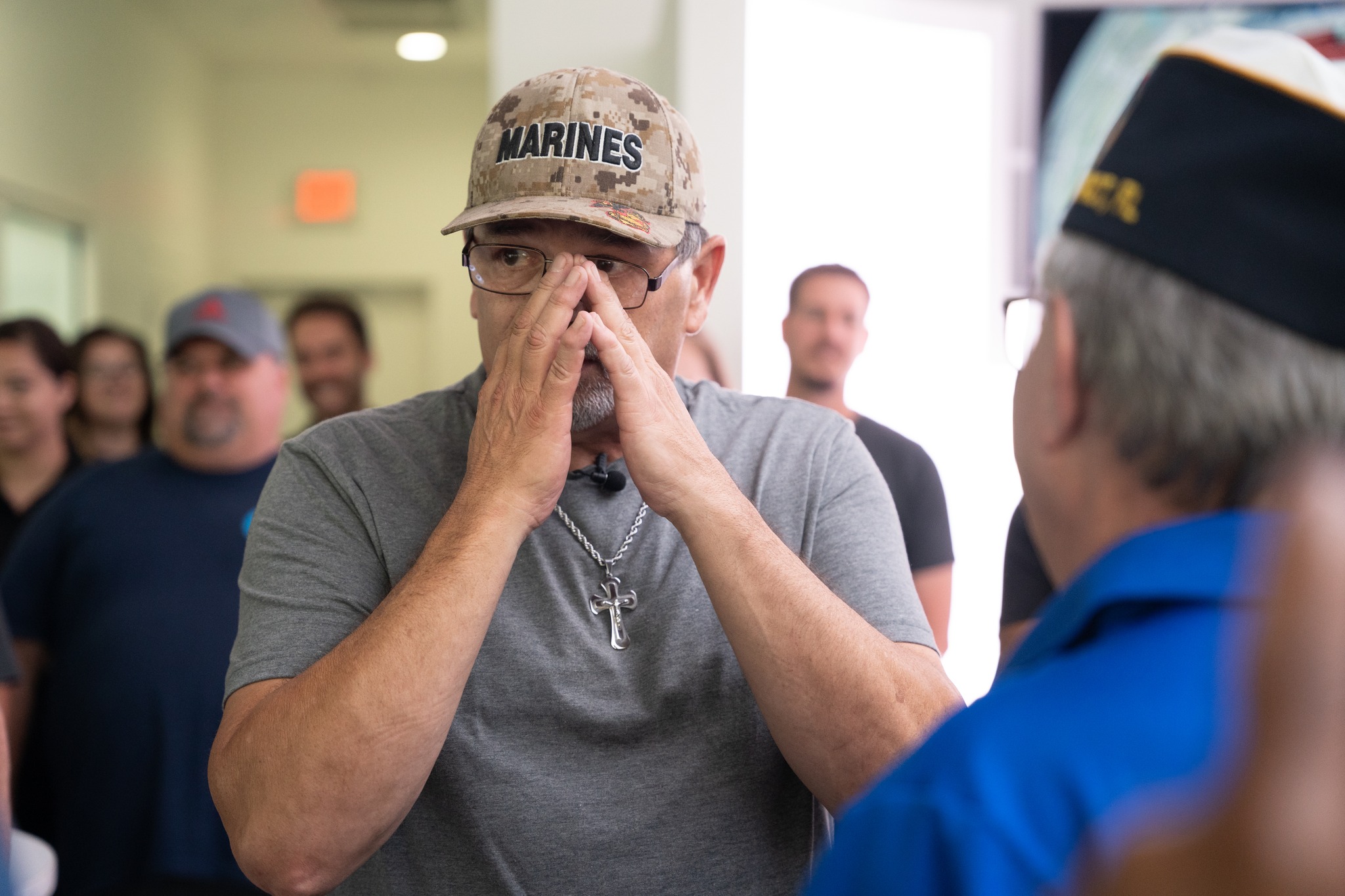 TAMPA BAY TIMES — Marine Corps veteran and Tampa resident Barry Morgan didn’t know how he was going to be able to make it to his soon-to-be 6-year-old granddaughter’s birthday party in New Jersey next weekend.

But now, he’ll not only be able to make the trip, he’ll be arriving in style.

Online car retailer Carvana, IndyCar driver and seven-time NASCAR champion Jimmie Johnson, as well as the Tampa chapter of the American Legion, teamed up to surprise Morgan Thursday with a much-needed new set of wheels.

He was chosen through the Carvana Cares program to receive an electric blue Honda Civic by members of the American Legion.

“I am truly thankful and grateful for this,” Morgan said. “It’s definitely a blessing.”

Morgan, who thought he was attending a meet-and-greet with Johnson to honor the local veteran community, also received a membership to American Legion U.S.S. Tampa Post 5. Worldwide, the American Legion is made up of almost two million brothers- and sisters-in-arms.

During the presentation at the Carvana Car Vending Machine, the team did a “test run” to show how it works. Morgan was completely caught off guard to learn he was the new owner of the car coming down the machine.

“When I saw my name on the sign — ‘Winner Barry Morgan’ — I was frozen for a second,” he said.

Previously, Morgan didn’t have a reliable vehicle. His old truck had become inoperable and was in need of a new engine, which would have cost him thousands of dollars. Because of a lack of transportation, he hasn’t been able to see his family in months and struggled to find employment.

“To meet Barry, to see how much this means to him, it’s the most incredible thing. It’s really been a cool day,” said Johnson. “Ultimately, good things happen to good people. Barry is that man.”

While taking his new car out for a test drive, with Johnson riding along in the passenger seat, Johnson asked Morgan where he was going to go first. Morgan had a quick and emotional response.

“My granddaughter, Ava, her birthday is next Friday (in New Jersey),” said Morgan. “I was afraid I was going to have to tell them I couldn’t make it, but now it looks like I’m going to be able to make it and visit my granddaughter on her birthday.”