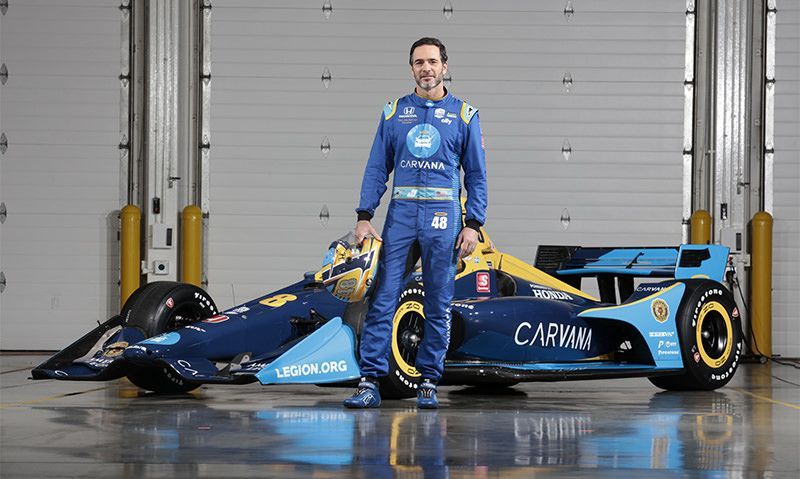 The American Legion and Chip Ganassi Racing have entered into a multi-year sponsorship agreement for the No. 48 Honda in the NTT INDYCAR Series. Johnson will drive the car during this season’s road races, while 2003 Indianapolis 500 champ Tony Kanaan will compete in oval races in a car featuring an even more prominent American Legion presence.

This weekend, Johnson will compete in the Honda Indy Grand Prix of Alabama at Barber Motorsports Park. The 90-lap, 214-mile race takes place on a 2.38-mile permanent road course featuring 17 turns and 80 feet of elevation change. For a complete weekend schedule, click here.

The race will be broadcast on NBC at 3:30 p.m. ET, as well as on the INDYCAR Radio Network and SiriusXM. Debuting during the television broadcast is an American Legion ad in which Johnson talks about the organization’s efforts both nationally and locally, continuing its tradition of “strengthening America through service.”

For more information on The American Legion and its NTT INDYCAR SERIES participation, visit www.legion.org/48. We’ve also created a printable, downloadable poster/flyer featuring the American Legion-sponsored 48 car and its scheduled appearances in the NTT INDYCAR SERIES for 2021 so fans can keep up with the action and promote the competition in their communities. Click here for more info and here to download the poster.