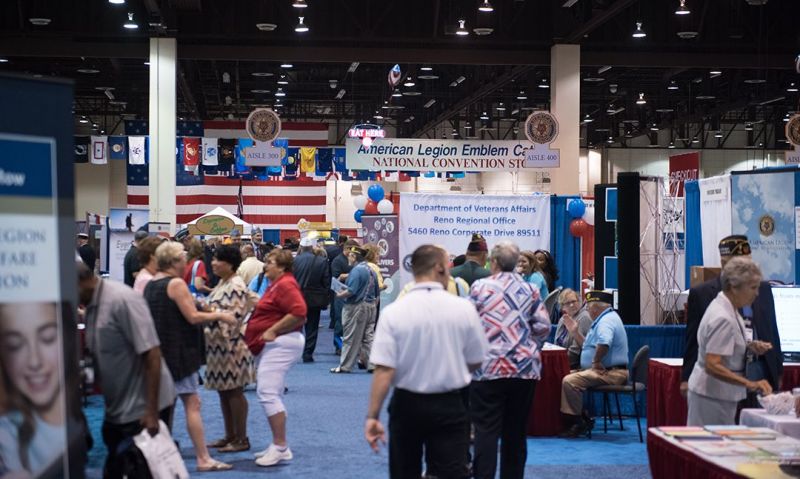 “The safety of our members and compliance with state and federal public-health restrictions and guidelines made this decision not only prudent but necessary,” American Legion National Commander James W. “Bill” Oxford said. “The Commonwealth of Kentucky has taken emergency actions to prevent the spread of infections and to follow federal guidance that restrict public gatherings and urge social distancing. No one can say with any certainty when these measures will be lifted or in what manner.”

“Local American Legion services – such as Buddy Checks, blood drives, meal delivery and volunteer assistance – remain the top priority of the organization as we navigate these challenging waters,” Oxford said. “Community efforts are now under way throughout the country and around the world, while many American Legion state and foreign departments are canceling or postponing their conventions and elections to protect public health in the midst of this pandemic. Normally, national convention delegates are appointed during department conventions. This year is anything but normal.”

The 102nd National Convention is now scheduled for Aug. 27 – Sept. 2, 2021, in Phoenix. Terms of currently serving national officers, including National Commander Oxford, are extended until then, according to the resolution. Nationally appointed American Legion commission and committee chairpersons will also remain in their positions until the Fall 2021 meeting of the National Executive Committee.

The convention cancellation and extension of national officer terms are within the authority of the National Executive Committee, according to The American Legion’s constitution and bylaws.

Also Wednesday, the NEC selected Louisville as the site of the 2026 American Legion National Convention, the first available date.