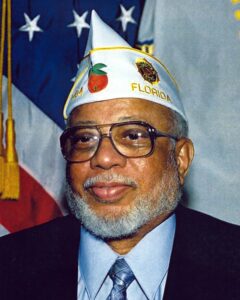 It is with deep regret that we report the passing of Past Department Commander Reginald C. Beverly of Bear, Delaware, at the age of 89. Reginald is survived by his wife, Evelyn C. Beverly; son, Reginald C. Beverly, Jr.; and daughter, Larita R. Mason. The service will be held on Saturday, February 4, 2023, with time and location TBD. Any new details regarding services will be communicated to you through email and posted on our website.