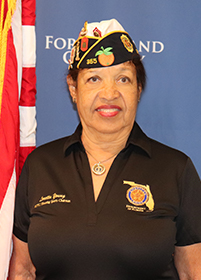 As we are coming to the close of the Legion Year and our schools are preparing for Year End Reporting – Final Competitions, JSSP Final Rounds of Competition and other activities – there has been several outstanding awards.  It has been a difficult year, but our programs have continued and our youth preforming to the very best of their ability during these very trying times.

I would like to acknowledge our top winner for the JSSP Precision Category and qualifying for the National Marksmanship Competition in Colorado Springs in July, Cadet Sophia Olazabal from Sarasota Military Academy.  She qualified in the top 15 winners for the Second Round Postal Competition and will be representing the State of Florida sponsored by Post 266, Sarasota.  Thanks also to their Instructor, Riess Pellegrino and Team Sarasota MA for receiving the highest score in the Precision category for the State of Florida as team State Champions and were recognized by National with an Award.

I would also like to acknowledge Cadet Ariana Ramos who is the JSSP State Champion in the Individual Sporter Category participating in the competition with the Vanguard NJROTC and is a second-year member of the Marksmanship Team.  She scored a 515 out of possible 600 which is a very good score and takes much skill and self-discipline.  Thanks also to her instructor, LCDR Steve Davis for his leadership and training and we look forward to seeing more of Cadet Ariana Ramos in the future.  We appreciate continued support from Post 27, Ocala for their support of this program and for hosting the Award Ceremony that was presented to her by the Post as shown here in the accompanying picture. 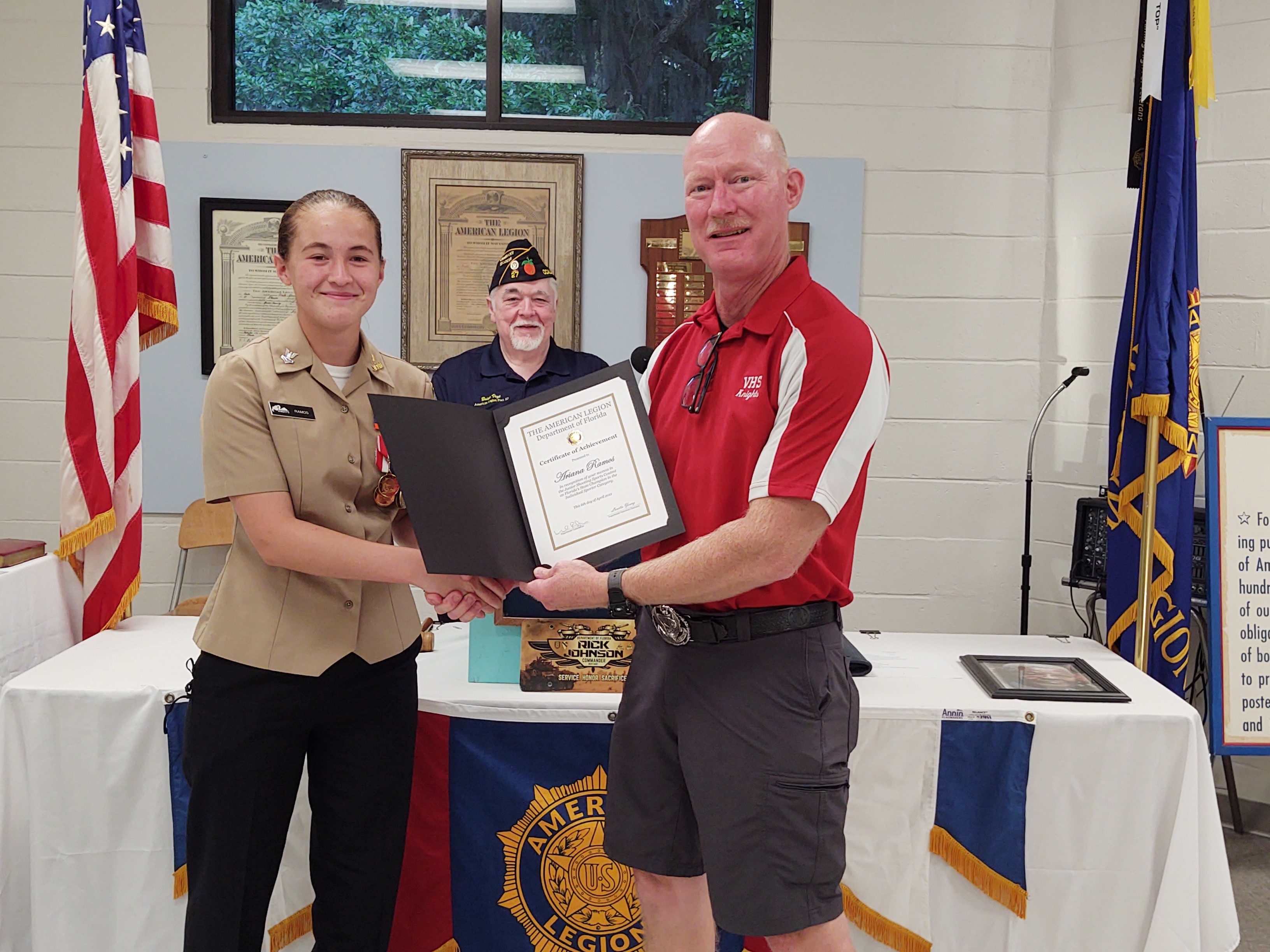 Congratulations to our JROTC Cadet of the Year winner, Mia Martinelli, a NJROTC Cadet at Sebastian River High School. She will be invited to the Department Convention and presented with a Scholarship Award and Plaque.  She is looking forward to a career with the Coast Guard as a helicopter pilot.  She had an outstanding school record and a heavy involvement in Community Service.  The Second Place Winner is Abigail Grace Fahlgren from West Nassau High School, Third Place Winnder is James Carroll Pillow, III from Cocoa High School and Fourth Place is Nicole Garcia from Jefferson High School.

I want to thank all the Posts who sponsor these programs and know that you are investing in the future of our youth and advancement of our country. I am looking forward to the Best Post JROTC Program and the Best JSSP Program Award packets which are due May 12 for the Department Convention. There are many Posts out there doing a lot of work but without reporting, we will not know what you are doing for our Youth Programs.  Thanks so much for your continued support and have a very successful year end.