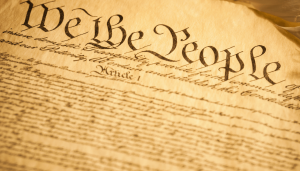 The Legion announces the creation of the Citizens Flag Alliance, a coalition of organizations and individual citizens united to work for a constitutional amendment to protect the U.S. flag from physical desecration. Since 1995, the amendment has passed in the House by a supermajority six times: in 1995, 1997, 1999, 2001, 2003 and 2005. In 2006, the amendment fell one vote short of passage in the Senate.