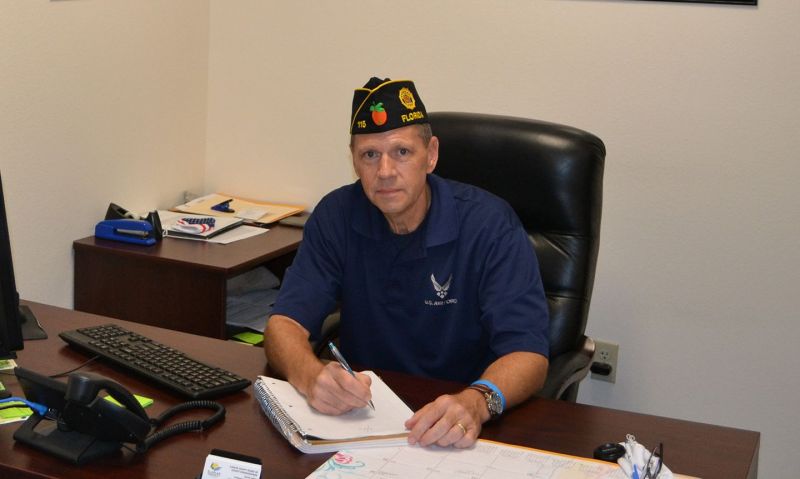 A phone call routed to a non-crisis line helped save the life of a veteran sitting in a parking lot contemplating suicide.

“I was the right person at the right time for him to reach,” said Dave Lydon, a 16-year Legionnaire and a four-year service officer at Flagler County Veterans Services in Bunnell, Fla. “My life experiences helped me that day. Because if you get that call, it can be shocking. It’s a lot of responsibility to make sure he doesn’t take that firearm and end it there.”

The Vietnam veteran making the distress call was unfortunately on the phone for 15 minutes being transferred several times, “which could mean life or death,” Lydon said, before the final transfer to veterans service office – Lydon’s phone. “It may be divine intervention that I was the right person on that day to pick up. I feel blessed that I was able to help him that day. He needed somebody to listen to him.”

The veteran in distress served in the Navy during the Vietnam War. He shared that hearing the numbers of those deceased from COVID-19 over the radio and news reminded him of hearing the body counts of American servicemembers from the war. That, along with having to quarantine because of the virus and other life issues became too much for him.

“He didn’t feel like he was of use to anybody anymore,” Lydon said. “That’s what I hear a lot of people who are suicidal is that they don’t feel like they’re valued anymore, and I think he was feeling that way. Part of our discussion was letting him know that there’s people who need you in their life. He had a jovial attitude once we started talking, he was a funny guy. I said you know, you’ve got a good sense of humor and how do you know you’re not still on this earth – even if it’s just somebody at the gas pump that you say a kind word to who may be having a bad day thinking they have no value – but because you say a kind word it changes their whole trajectory. How do you know that’s not what you’re still here to do? Or to tell your grandkids how to live a good life.

“Fortunately, I got him past that point of what he was contemplating.”

Lydon knew the caller was in distress. “I didn’t want to scare him off the phone so I let him keep talking and little by little I would ask him, ‘Where are you?’” That’s when Lydon learned they were in the same county. The caller thought he had reached a call center in another state.

Lydon invited the caller to his office to talk. About 20 minutes later, the two were sitting together and talking about family, life, their military service and more for nearly three hours.

“He left here in much better spirits, with a different outlook,” Lydon said. “I checked with him by text that evening. He wrote back saying he was doing OK.”

The veteran made another visit recently to Lydon’s office to file a VA claim.

Lydon used life experiences when speaking with the veteran in distress – he’s a retired New York state police officer, entering his 36th year in the Air Force Reserve, and returned home earlier this year from a deployment to the Middle East where he visited 21 U.S. bases to meet the troops and check on their morale.

Lydon said the caller appreciated that he was speaking to another veteran, “that I understood. I understood the military and what veterans experience.”

Lydon shared a few reminders when you receive a call from a veteran in distress.

“In cases like this, they are looking for someone to convince them why not to.”

September is National Suicide Prevention Awareness Month and veterans, servicemembers and their loved ones can connect in confidence with VA responders 24 hours a day, seven days a week. Here’s how: