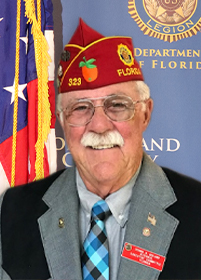 “I may have been the first Legion Baseball graduate in the Hall of Fame, but I won’t be the last”.

Pitching great, Bob Feller’s statement to The American Legion Magazine in 1963 about his induction in Cooperstown, N.Y. the previous year. Known as the “Heater from Van Meter,” Feller threw breaking balls at age eight and played Legion Baseball at age twelve.

Something about American Legion Baseball drove him to greatness, on the field and off. Bob Feller, the Iowa Phenom who played Legion ball made his first Major League start at age seventeen, walked away from a lucrative pro contract and enlisted in the Navy two days after the Pearl Harbor attack that sent America into World War II. Initially given duty as a fitness instructor, Feller begged for combat service and eventually found his way to both theaters’ of war onboard USS Alabama, putting in nearly four years that he frequently said he never regretted.

Feller returned to professional baseball in August 1945 and played another eleven seasons. His pre-war and post-war baseball career with the Cleveland Indians made him an eight-time All-Star, six-time American League wins leader and World Series champion in 1948. He was a lock for the Hall of Fame. His statement about being the first but certainly not to be the last American Legion player to be enshrined in Cooperstown, N.Y., proved prophetic. Eighty more former Legion Baseball players would make their way to induction by July 2019.

These Hall of Fame athletes have said over the years that the lessons of American Legion Baseball were valuable, if not completely responsible, for their success.

For God and Country,