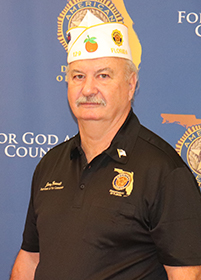 I was at the Washington D.C. Conference in the middle of March. What a trip, we had a full day of training, lectures and information given to us, not only by National, but also members of the U.S. Everyone is full of information.

Best part was visiting the local Florida State Representatives the next day, I went to the offices of Matt Gaetz and AL Lawson. While the house was in session and I was not able to speak with them, their staff was open and helpful. They also explain that the House is already working on many of the problems I noted, and hope to come to a resolution soon, and thankful that the American Legion is concern about those same issues. It is nice to know that the American Legion is still acknowledged in the Halls of Congress.