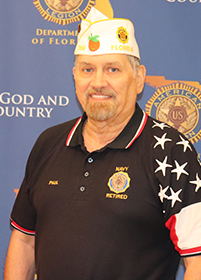 There are a lot of questions about elections of post officers. Sections 12 and 13 from Article X of Department’s Constitution is helpful with providing some clarification.

Section 13. All officers of Posts, except the Post Adjutant, Post Service Officer and Post Judge Advocate, shall be elected and certified to the Department Adjutant, not more than ninety (90) days, nor less than ten (10) days prior to the Annual Department Convention, certification to be made on forms furnished or prescribed by the Department Adjutant. Post Officers shall be installed by the District Commander or his/her designated representative. Post Officers shall take office and enter upon their duties at a date to be fixed by the Post, which date shall be subsequent to, but not later than sixty (60) days after the adjournment of the Annual Department Convention, unless waived in writing by the incoming District Commander. In the event of a vacancy caused by the death, resignation or removal from office, the name and address of the successor shall be reported to the Department Adjutant within one (1) week after such vacancy has been filled. No Post officer shall assume office prior to providing the Post Adjutant with proof of eligibility.

Here are some dates to remember.