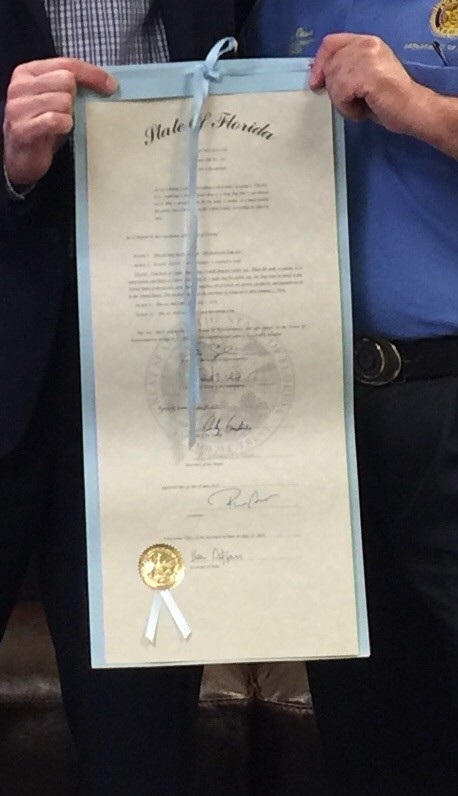 All American Flag Act was signed into law! Matthew Susin presented The American Legion, Department of Florida with an original bill copy with the original signature of the governor for their support in getting the bill passed.

Beginning Jan. 1, all U.S. or state flags bought by state, county or city agencies are to be made in the United States.
News 6 partner Florida Today reported that three years ago, Andres Matos, then a student at Eau Gallie High School, said he was watching the news for a class assignment and started to think about all the products made in other countries that Americans consume. He brought the idea to a discussion in history teacher Matt Susin’s class where he said he learned something very alarming — even American flags aren’t made in the United States.

It was an idea so simple, so logical, said Susin, that it ignited a lesson in civics that would unfold as reality before the class. The class was charged with pursuing the issue. Students petitioned local government to take action.

The group called for the state to enact a policy to which all public entities purchase American-made flags. When Susin switched schools to Viera High, he again prompted students to take action. The Jefferson Club, a community service organization at the school, jumped on board and reached out to local veterans organizations to join forces in support. 17-year-old Tim Lancaster, a member of the club, gave speeches throughout the county urging others to support the bill alongside fellow students like Josh Henderson and Tyla Gelman who spoke passionately about the issue. Governor Rick Scott came to Viera High on September 21, 2015 to hold another ceremonial signing of the bill.

After the bill was signed Matthew Susin started the Brevard County Veterans back to school program. Veterans from Brevard through the help and coordination efforts of the Joe Foss Institute are speaking on various topics in our Brevard. In the short amount of time that it has started they have spoken to over 14,000 students, and the program has now become the largest speaking project in the southeast United States! 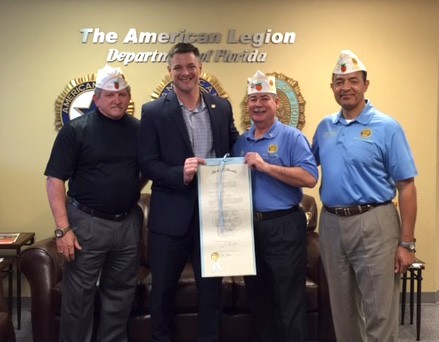